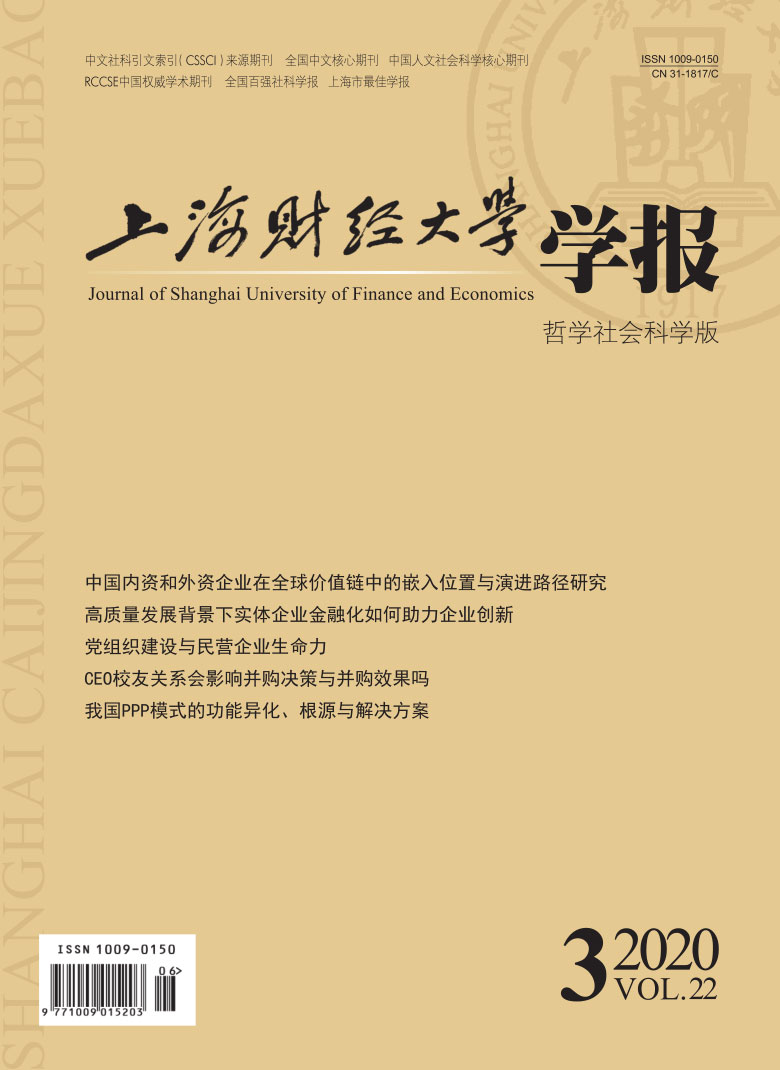 The 19th CPC National Congress opened a new era with the goal of people’s happiness. The viewpoint of the principal social contradiction of contemporary China indicates that the focus of the party’s work shifts from economy to people’s life. And it is the connotation of the people’s life that has posed a severe challenge to traditional economics. Traditional economics or western quantitative economics is essentially an empirical intellectual science. And it is not to study the overall social life, but to study only one aspect of social life; it is not to put the economy into the overall human life to study, but to draw out the economy from the overall social life; it is not derived from the human nature of all-round development, but the economic nature of human beings. Thus although it has achieved the quantification of accuracy, in essence, traditional economics is instrumental rationality and metaphysics, not practical rationality or overall. Thus, when the center of social life shifts from general material production to social harmony and common prosperity, its limitation is highlighted. The era calls for socialist political economics with people’s happiness as the highest principle. Starting from the standpoint of Marxist philosophy and combining with the central work of the party, this paper starts thinking of this question through the following five aspects: the raise of issue, the divergence of philosophical standpoints, the connotation of socialist political economics, the adherence to Marx’s research ideas, and facing age matters. The viewpoints of this paper are as follows: the socialist road must adhere to the direction of market economy development, but the inevitable trend of market economy is the polarization of society, therefore to achieve common prosperity is impossible without the country, neither possible if ignoring the existence of the overall society. Economics shall rise to become not only political economics, but also social economics; it should quantify not only capital and wealth, but also poverty and people’s livelihood; it should adhere to not only GDP standards, but also the standards of people’s happiness, and put the people’s well-being as a major standard to measure the work of governments at all levels. Only economics taking people’s happiness as the theme is the socialist political economics.

Keywords
philosophical position; economy; country; people（society）; socialist political economics
Cite this article
Sun Chengshu. On Philosophical Standpoint of Socialist Political Economics[J]. Journal of Shanghai University of Finance and Economics, 2018, 20(2): 116-124.
Export Citations as: For
Previous: A Study on the Evolution and Its Mechanism of China’s Consumption Relations in the Past Forty Years of Reform and Opening up
Next: The Transformation Logic and Solution Path of Principal Social Contradictions in the New Era
ISSUE COVER 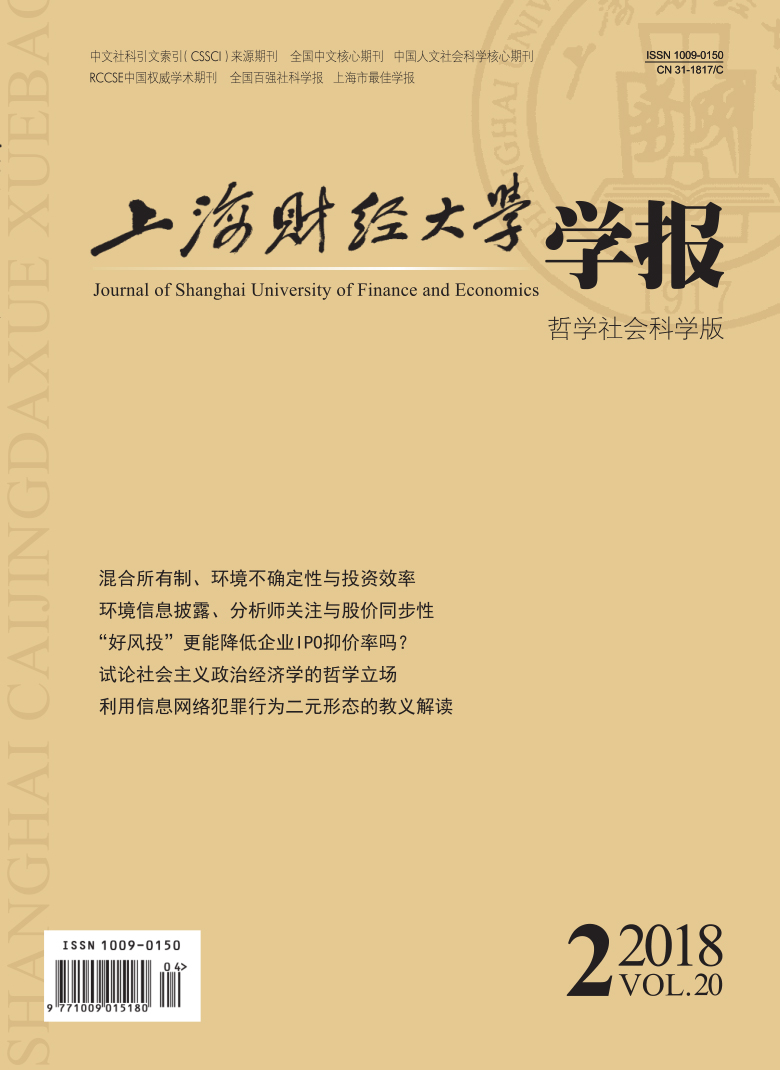 2018, Issue 02
RELATED ARTICLES
Antitrust Regulation against MFN Clauses in the Internet Platform Economy
Tan Chen
Rethinking and Restructuring of the Rational Way of Data Sharing in Digital Economy: From the Perspective of Data Typing
Chen Bing, Gu Dandan
The Cultural World in Economists’ Eyes：A Review of the Studies on Cultural Economy in Modern Western Economics
Wen Yuan
A Study on the Comprehensive Exploration Stage of the Reform of Socialist Market Economy System with Chinese Characteristics
Gong Xiaoying, Yang Rou, Xu Wenbin
How Is the Moral Value of Market Economy Possible? A New Expanation of Smith Paradox
Liu Qingping
The Problem and Reform of Tax Jurisdiction over Residents in the Post BEPS Era
Wang Lihua, Liao Yixin
Credit Protection under the EU Bail-in Regime and China’s Reply
Guo Huachun
The Value Orientation of the Cultural Policy: From Cultural Industries through Creative Industries to Cultural Economy
Wen Yuan
The Analysis of the Belt and Construction and Business the Investment Environment in Asia
Quan Heng, Zhang Pengfei