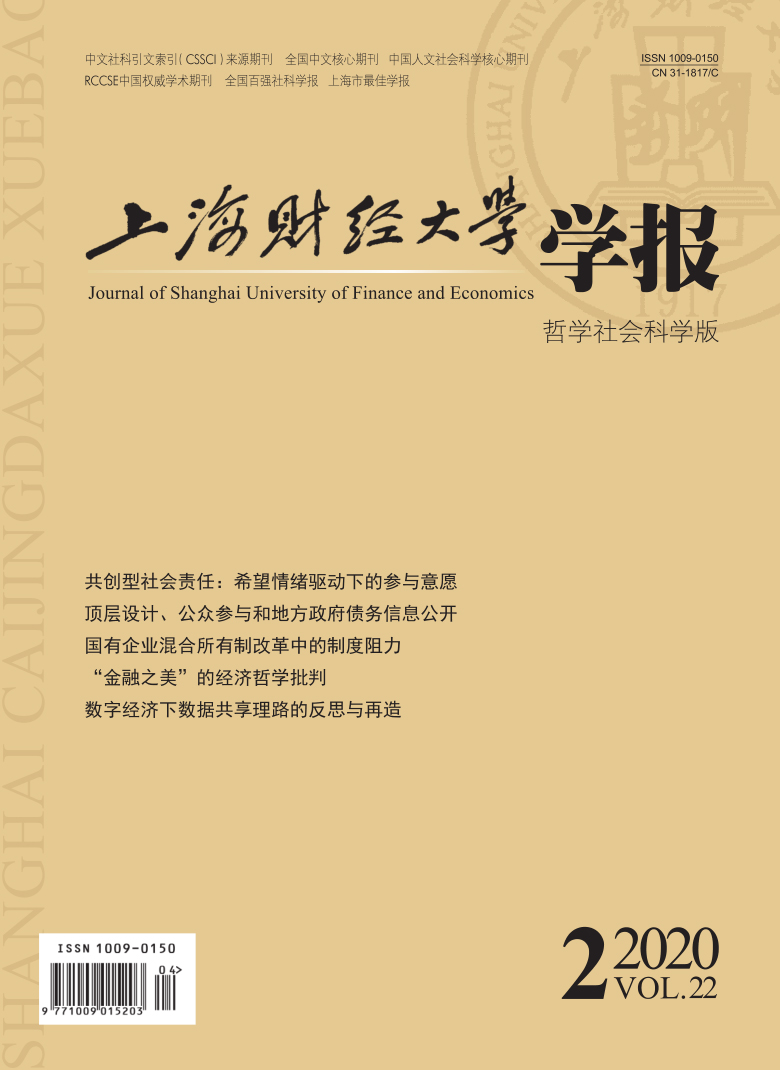 Keywords
the duty to adjust claims; obliegenheit; time limits for adjustment; the deprivation of the capacity to adjustment; compensation for damages
Cite this article
Li Fei. A Study of Insurers’ Duty to Adjust Claims[J]. Journal of Shanghai University of Finance and Economics, 2019, 21(3): 136-152.
Export Citations as: For
Previous: Positive-Rationality Thinking and the Dilemma of Modern Mainstream Economics: The Root of Paradox between Rationalism and Social Darwinism
Next: Can Technological Innovation Improve the Survival of Start-ups? A Study of Theory and Experience
ISSUE COVER 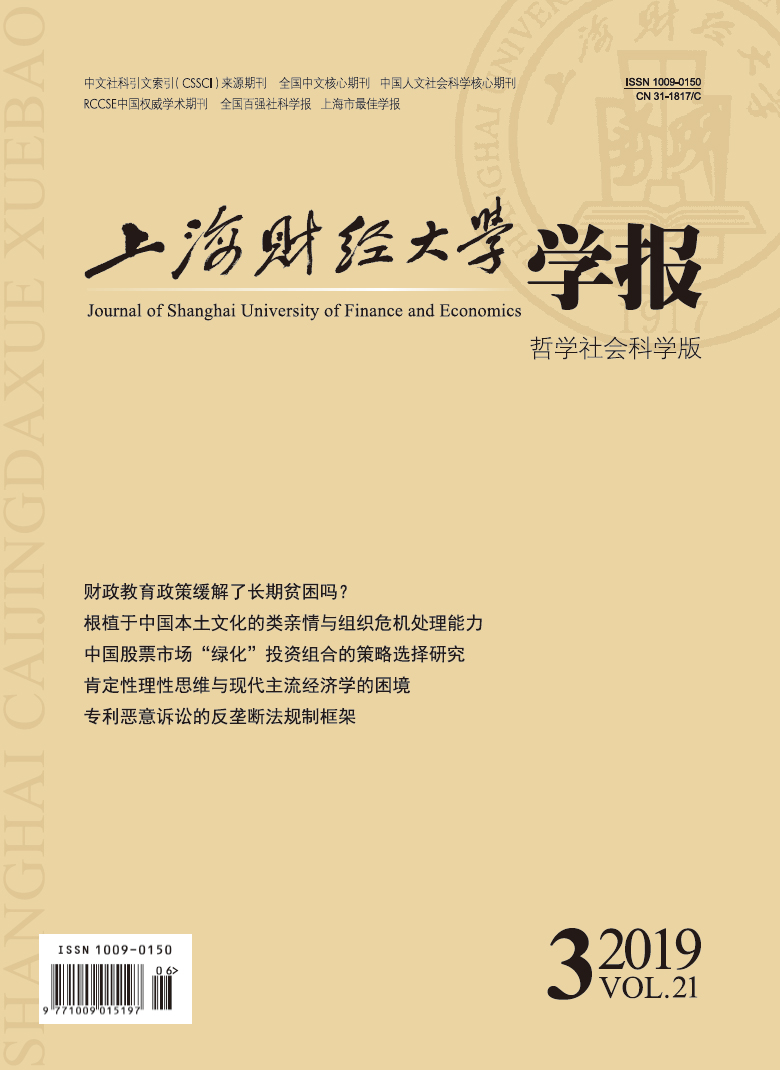